For many decades, Schaap en Citroen has been a renowned address in the Netherlands for jewellery and watches in the highest segment. For more than 130 years, the Schaap family and Citroen family have become a national icon. The Schaap en Citroen story began with two passionate jeweller families. After years of mergers and acquisitions, the brand has finally come home to where they belong, namely a jeweller’s family with a rich history and beautiful traditions..

When 19-year-old Barend Roelof Citroen completed his training as a goldsmith in 1827, he opened his jewellery store at the Jodenbreestraat in Amsterdam. A few years later, Citroen moved his shop to the Nieuwendijk, which was the main shopping street in Amsterdam at the time.

Barend’s eldest son – Roelof – opened his own store at one of the most important shopping streets in the center of Amsterdam, the Kalverstraat, in 1859. He used to sell precious metal objects as well as jewellery and watches.

Meantime Barend his second born son – Levie – traveled to Paris in 1859 where he settled and became a famous diamond trader. Levie his youngest son –André- who grew up as an engineer in Paris came into possession of a car factory after he saved a company from bankruptcy. After the acquisition, he named the company: ‘Automobiles Citroën’.

After the Second World War, the Dutch firm Roelof Citroen was awarded the title: ‘Purveyor for the Royal Family’. 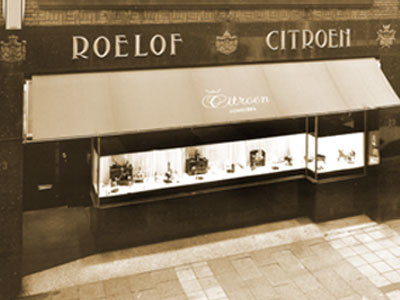 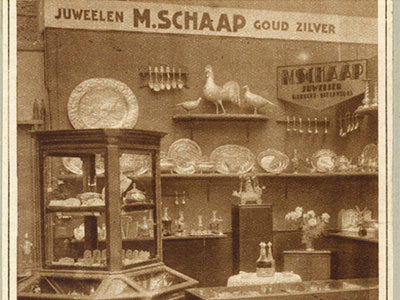 Parallel to the Citroen family, Moses J. Schaap first opened his jewellery store at the Steenweg 61 and 63 in 1888. The Steenweg was the main shopping street in Utrecht. This store at the Steenweg has fulfilled its duty, serving the citizens of Utrecht and the surrounding towns for over 128 years. This store has been repossessed by Schaap en Citroen in 1971 and has been in Schaap en Citroen its possession ever since. The store in Utrecht has recently been renovated and hosts a beautiful Rolex shop-in-shop.

Meanwhile Moses Schaap his eldest son – Jo – had opened a jewellery store at the Noordeinde in The Hague, but when the royal family decided to flee from The Netherlands to England in May 1940, Jo Schaap who had a Jewish background decided to end his life.

During the war, the company was continued by a non-Jewish director named Wim Hogevorst. During the war, Maurits Schaap was hidden in Belgium. After the war in 1945, Maurits returned to The Netherlands and became the director of his store in Utrecht and the store in The Hague.

First Rolex representative in The Netherlands

It was 1955 when Maurits Schaap made the important decision to add Rolex to his stores. A representative of this prestigious Swiss brand came to the Netherlands in person to ask if Maurits Schaap had an interest in selling Rolex watches. The Schaap stores in The Hague and Utrecht, both belong to the first three stores who initially offered Rolex in The Netherlands. As Schaap en Citroen, we are very proud to offer Rolex watches in our stores. Until today, we are still very grateful for this excellent decision of Maurits Schaap.

After acquiring the Utrecht-based firm Schaap in 1969, the new owner Sander van Gelder decided to secure his position in the market by acquiring the Amsterdam-based firm Citroen two years later. In 1972 van Gelder also decided to buy the Citroen jewellery store at the Hoogstraat in The Hague. Van Gelder who was a born and raised citizen from Amsterdam wanted his company to become the absolute best jewellery firm in The Netherlands.

The renowned family business Leon Martens, with a jeweller's store in the capital of Limburg, have been conducting a dazzling collection of jewellery and watches. After Many Years Schaap en Citroen returned to its roots and is yet again a Family Business. 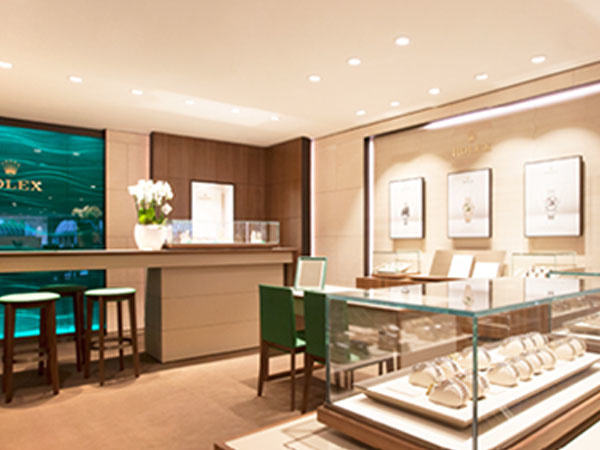 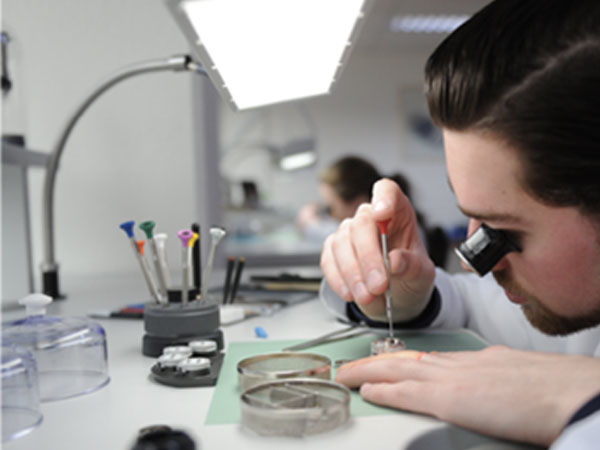 Rated by our experts

Help each other in finding the perfect jewellery, diamond or watch!